Georges Dukson was a French soldier from what is now Gabon who escaped from a German prisoner-of-war camp after being captured in 1940, and who lived in secret in Paris. He joined in the fighting in the 17th arrondissement, around Batignolles, during which he was involved in capturing a German armoured car and a tank.

This rather dramatic image was published in 1947:

Reality was rather different. Two tanks were seized by the FFI fighters in the 17th. This SOMUA tank was simply taken from the factory and driven away, with Dukson leading the way (with his back to the camera): 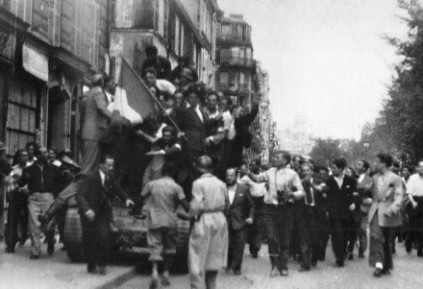 It was later repainted in FFI colours: 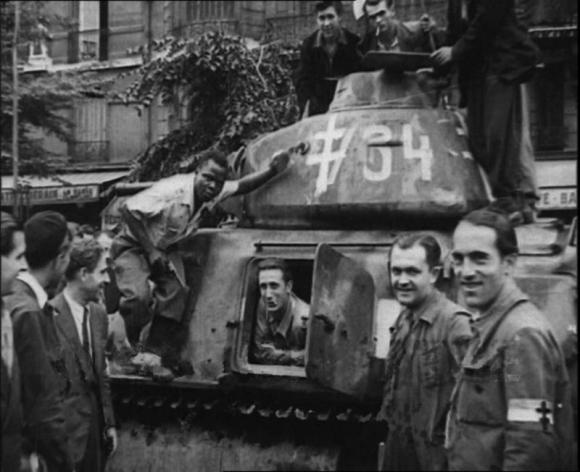 This tank destroyer armoured car was overwhelmed by the population, although Dukson was clearly playing a key role: 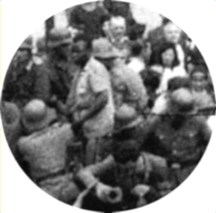 Footage of Dukson appears in the film  Libération de Paris . This first clip shows Dukson with his comrades and a captured German soldier.

The second, also taken from  Libération de Paris, shows Dukson being evacuated after being shot in the arm:

On 26 August, Dukson was one of the FFI fighters who was invited to form the guard of honour on either side of de Gaulle’s victory parade. This picture shows that he was just behind de Gaulle when the Free French leader laid a wreath of gladioli on the Tomb of the Unknown Soldier, underneath the Arc de Triomphe. It is hard to imagine that his presence was not officially approved:

A few minutes later, Dukson was near de Gaulle at the head of the parade:

Shortly after the parade began to move, a member of the 2e DB apparently tried to get Dukson out of the way, with de Gaulle apparently looking on:

This American film, taken, towards the bottom of the Champs-Elysées, clearly shows Dukson still on the parade, playing his role.

After the liberation, Dukson got involved in the black market, was arrested and then shot while trying to escape; he died on the operating table.

This video shows amateur film of the Faubourg Saint-Antoine in the 11th arrondissement – probably on 26 August – which recently came to light. It begins with scenes of the Liberation, with images of marching Resistance fighters and of barricades being dismantled, followed by scenes of lorries laden with Resistance fighters. Click on the link to watch it: