Because of lack of space, it was not possible to show photos of some of the key events and people. Here are some of them.

The cease-fire being announced, 20 August. Note the French gendarme riding on the front of the camouflaged car, which is full of German soldiers:

Eugène Brahms, the one-legged marksman, photgraphed in the courtyard of the Préfecture de Police, next to the gun that the Resistance captured on 21 August: 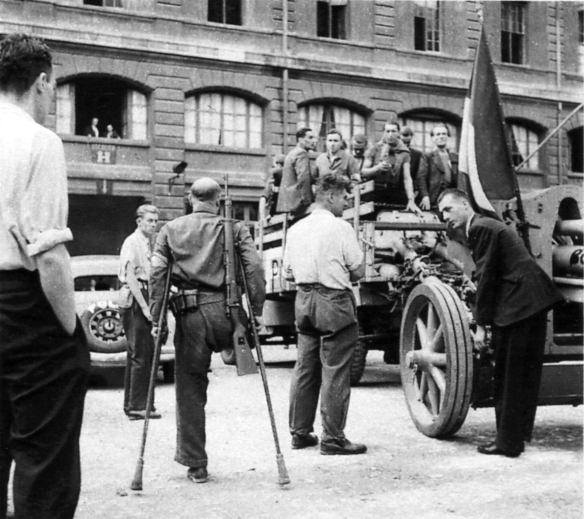 German troops surround a car that had carried FFI fighters near the Gare du Nord, 21 August; the bodies of the Frenchmen can be seen on the ground: 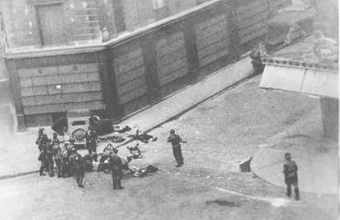 The fire at the Grand Palais on 23 August: 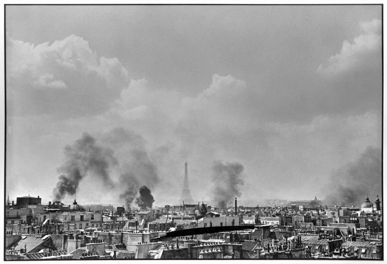 Gaston Eve meets his future wife, Odette, next to his tank Montmirail, on the place de la Sorbonne, 25 August (taken from here):